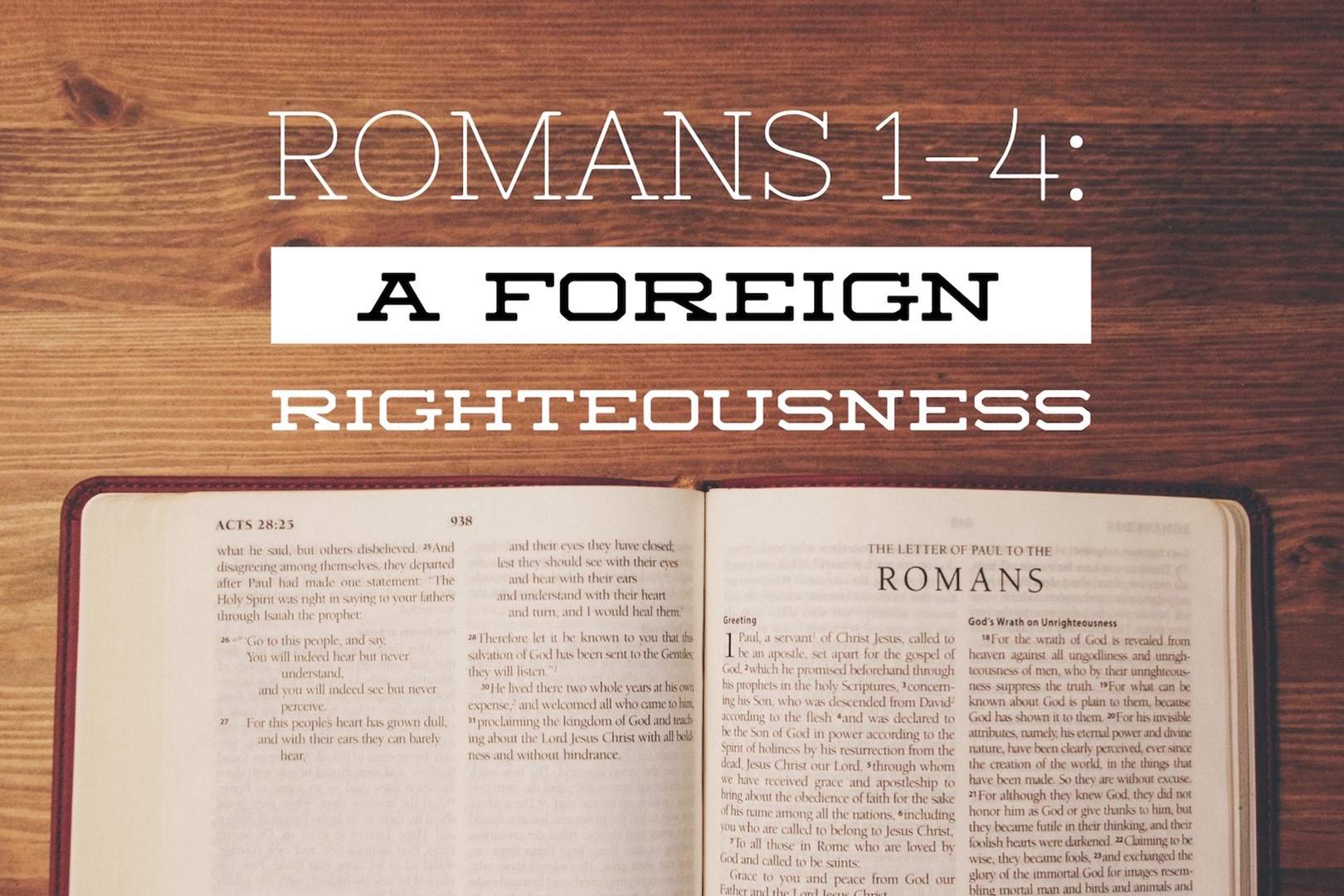 Our church has been studying the book of Romans for the past eleven weeks. We have finished “part one” of the book, and will now be taking a break for the next two Sundays to cover the events of Palm Sunday, Good Friday, and Easter.  These events are some of the most important events in all of history, and we look forward to examining them together in the following weeks. But before we get to the events of Holy Week, it seemed good to recap some of the things we have covered in the first four chapters of Romans; both as a way of summarizing what we have covered so far, and to highlight the connections between Paul’s letter and the events of Holy Week shortly before us.

The book of Romans was written to a church Paul had never actually visited. This church was filled with Jewish and Gentile (non Jewish) followers of Christ, and Paul was writing to make sure they understood the gospel, how it came to be, and how it should change the way they relate to one another.

Central to Paul’s thought throughout the letter, but particularly in chapters 1-4 are the following verses:

For I am not ashamed of the gospel, for it is the power of God for salvation to everyone who believes, to the Jew first and also to the Greek. For in it the righteousness of God is revealed from faith for faith, as it is written, “The righteous shall live by faith.

Paul declares briefly in these verses that there is good news, and he is eager to proclaim its fullness. But in order to make sure his audience does not miss the full impact of the good news, Paul starts by explaining the depth of the bad news first.

We are prone to rank one another’s sins in such a way that some are seen to be in an entirely different category of sinner altogether. We wrongfully think “there are sinners and then there are sinners.” This means a person could identify themselves as a sinner without ever seeing their sin as deserving of the full weight of God’s wrath. Paul isn’t letting the Roman church, and he isn’t letting us, off the hook quite so easily. Instead, he says that all are unrighteous and all who are unrighteous will face God’s wrath. God has one category (sinner) and one punishment (wrath).

This point is crucial in understanding how we stand in relation to God apart from Christ. God does not only condemn some sin; He condemns all sin. Paul wants to make sure that both Jews and Gentiles recognize they are in the same category of sinner. There is no righteous standing before God that can be gained through efforts to keep the Law or ethnic and religious heritage. In order to be made righteous before God, both Jews and Gentiles need the same remedy; a righteousness which they have not earned nor deserve—a foreign righteousness.

In the middle of chapter three, Paul further illumines what he means by the good news:

Martin Luther called this passage in Romans one of the most important in all of the Bible. Why? Because it reveals God’s solution to the problem faced by both Jews and Gentiles; the righteousness of God. Paul further tells us that this righteousness is one that was achieved through Christ’s completed work, given to us as a gift of grace, and received through the instrument of faith. We cannot earn this righteousness; we can only receive it.

Yes, we are unrighteous and deserving of God’s wrath, but God in his mercy has provided for us a righteousness we never could have earned on our own. The righteousness God requires from us he provides for us through the finished work of Christ. That’s good news!

Lest his audience believe this was a new way of salvation Paul was extolling, he uses the Father of the Jewish people—Abraham—as exhibit A that we have always and only ever received our righteousness as a gift through faith (Rom. 4:22-25). Our standing before God has always been through either looking forward in faith to the promise of a Redeemer, or by looking backward in faith at the finished work of Christ. We are saved only through faith in Jesus. There is no other way.

How can we boast of our standing before God, when the only thing we contributed was the sin that made it necessary? Answer: We can’t! Paul says that the result of our God-provided righteousness is that no one can boast (Rom. 3:27). As believers in Christ, our response should be humility and worship, because we know that Christ and his work alone achieved our salvation and righteousness.

The first four chapters of the book of Romans have served as a mirror to our sinfulness, and a testament to the surpassing goodness of God.

One week from today, we will gather together as a church during our Good Friday service. On Good Friday we remember the cost of the righteousness we have received. We remember that apart from the work of Christ, all of us—no matter how “good” we perceive ourselves to be—would deserve the full wrath of God. Yet, through faith we have received grace instead of wrath, and mercy instead of the justice owed our sins. Thanks be to God!

We continue our study in the book of Romans the Sunday after Easter.